I am still on my How I Met Your Mother kick.  Admittedly, I paused watching it to watch Psych, because one, there was supposed to be a new Psych movie released in December (it got pushed back) and two, my Hulu kept fucking up and the sound and video would be off. It was like watching a poorly dubbed Japanese anime.  Anyhoo, I just watched the episode where Lily challenges herself to make a list of 50 Reasons to Have Sex.  She writes it on a MacLarent’s Irish Pub napkin, which was featured on the CBS website while the show was still airing.  You can find the image of the napkin (below) still floating around the internet, but for shits and giggles, here’s the entire list of Reasons to Have Sex by Lily Aldrin. 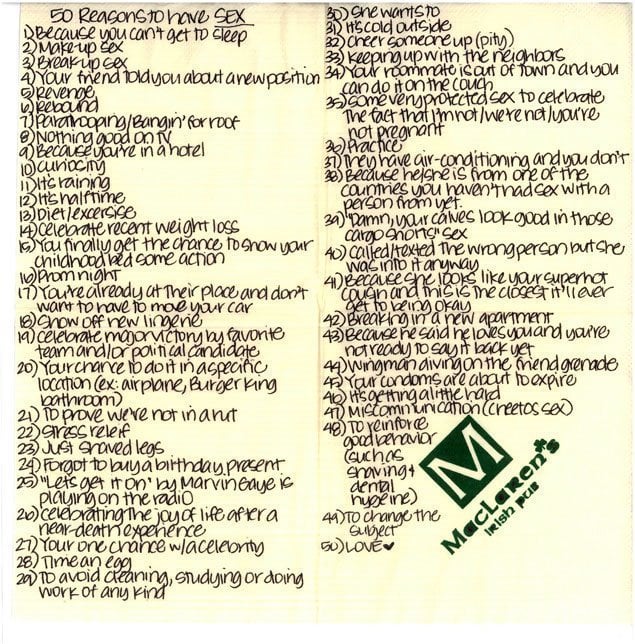 Image by Niek Verlaan from Pixabay